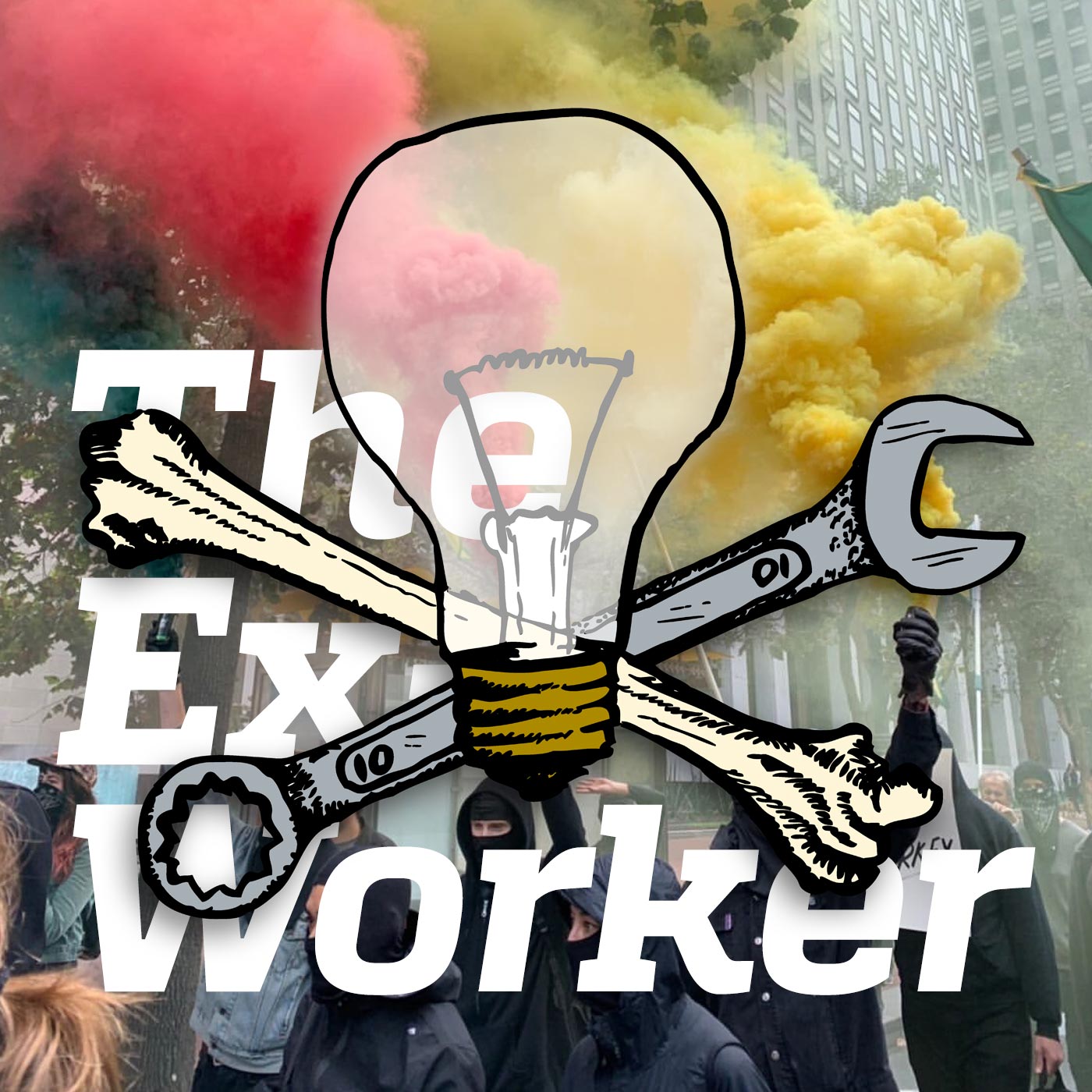 Listen to the Episode — 88 min

The revolutionary social experiments in the Kurdish territories of northeastern Syria remain under attack. As SDF forces mount fierce resistance in Sêre Kaniyê and waves of outraged protest sweep the world, the news in recent days has been full of the “ceasefire” negotiated by Turkey and US Vice President Pence. But what is really going on? And why is it so important to aspiring revolutionaries around the world? In Episode 68 of The Ex-Worker, we begin by deconstructing this so-called ceasefire, drawing on an account and analysis shared by anarchist volunteer currently in the war zone. But the bulk of this episode consists of an in-depth interview with an anarchist from the US who participated in a solidarity education delegation in Rojava this summer. She offers detailed insights into daily life amidst revolution and war, the council system and other social and political institutions, the role of military veterans and martyrs in public life, processes for absorbing criticisms and revising revolutionary praxis, and the lessons learned for organizing back in the US. We conclude with a message from another internationalist volunteer sent days ago as the bombs began to fall in Sêre Kaniyê, appealing for action. This episode continues tomorrow as we release a second installment featuring more interviews exploring armed struggle, gender roles, and daily life in Rojava.

Even though we’re focusing on the crisis in Kurdistan again for this episode, let’s not forget that even as the Turkish bombs are falling, other important rebellions are taking place across the world—in Chile, in Catalunya, in Ecuador, in Haiti, in Lebanon, in Hong Kong, and beyond. We’ll have more coverage of these and other revolts through the Ex-Worker and on the CrimethInc. blog in the days and weeks to come, so stay tuned! {October 22, 2019}